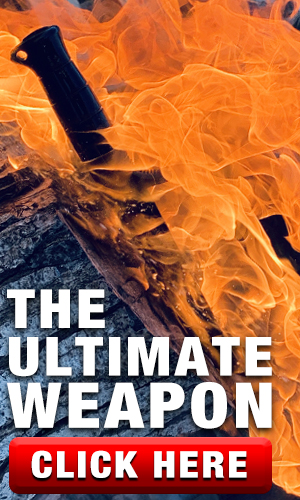 Avoid Ground Fighting At All Cost

I’ve written about the “all fights go to the ground” misunderstanding before, but I’m going to do it again because this myth is so dang persistent. Recently I’ve seen it popping up all over the place.

First of all, yes, almost all fights go to the ground, seems pretty obvious to me. One guy gets his butt kicked and will end up on the ground in pain, or one guy ends up on his back while the other guy give the old ground and pounds (as you can see in the picture) That’s exactly where this story ends.

The only ground fighting most attackers are going to do is giving their victim a good kick to the ribs or head while they are on the ground. I hate to break it to you but your mad Brazilian Jiu-Jitsu skills don’t work too well against a guy kicking you in the face once he’s thrown you to the ground.

On top of that let’s say you are a great ground fighter with tons of training. You get jumped and instantly decide to take this guy to the ground so you can make him scream like a little girl while you lock up his elbow or knee or whatever. That works just fine until his buddy walks up and gives your dome a good boot with his size 12 Timberlane work boots. Jiu-Jitsu is an awesome martial art and Jiu-Jitsu guys make great fighters in the ring.

Unfortunately when you get jumped it won’t be in a ring. It is also very likely that there will be multiple attackers, to make matters worse the ground will be hard and probably covered with debris (think broken glass, gravel, rusty nails).

All this is just making the point that in a street fight situation the last place you want to be is on the ground. Still skeptical? Want to talk about statistics?

How about this one: the average street fight lasts between 3 and 8 seconds This is 3 to 8 seconds of on your feet fighting usually ending with 1 guy on the ground. (Based on police reports, FBI reports, underground fight videos, security camera footage, and the first hand experience of dozens of fighters who have together been in over 1000 street fights).

The thing to keep in mind is that you should never have the desire to take a street fight to the ground. That would be a seriously poor choice if you like the current round shape of your head, not to mention having intact front teeth. Bottom line, the ground is where bad things happen especially if there are multiple attackers. Being on your feet allows you to move quickly and escape. Escaping with your health is the number one goal of any street fight.

The number two goal is to eliminate the threat to yourself and others. Ground fighting is not necessary for either of these goals. It shocks me to hear people casually throw around this fighting myth. And it not only shocks me, it also makes me really angry. This myth gets people hurt. I know the people who spread this myth are saying it because that’s what they genuinely believe. I can’t fault them for that (there are too many ‘experts’ out there spreading this miss-information). I just want to set the record straight so that people don’t get hurt.

The growing popularity of MMA has been a big component of this myth. I love watching MMA as I’m sure you do, but you have to realize that it is a sport. It is not street fighting. Most MMA fighters have a ton of street fighting experience.

I’m not suggesting they don’t know how to street fight. What I’m saying is that if you ask them what they would do in a street fight situation I guarantee none of them would want to take the fight to the ground if they could avoid it.

How do I know this? I’ve been working with the most feared underground street fighters for over 20 years and I haven’t met one yet whose main strategy was ground fighting.

So the next time you hear someone throw this myth around set ‘em straight for me. You could be saving their life (or at least their teeth).

7 thoughts on “Avoid Ground Fighting At All Cost”