Survive Having A Gun To Your Head

If you are held at gun point, your first goal should be giving the attacker whatever he wants (within reason). This usually means your wallet, car keys, or any jewelry you have on you. If this is the case, give the guy what he wants and consider yourself lucky. However, we all know that there are some circumstances where an attacker wants something we are not willing to give up.

For example, if you are with a loved one (your wife, child, etc.) and it’s clear that the attacker wants more than your money, you may be forced to act. This self-defense gun disarm technique is specifically designed for these last resort situations. 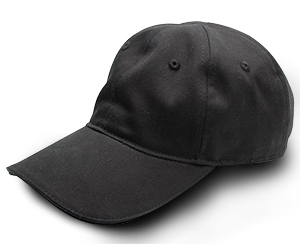 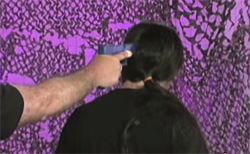 This may seem strange, but having pressure on the gun gives you two distinct advantages: 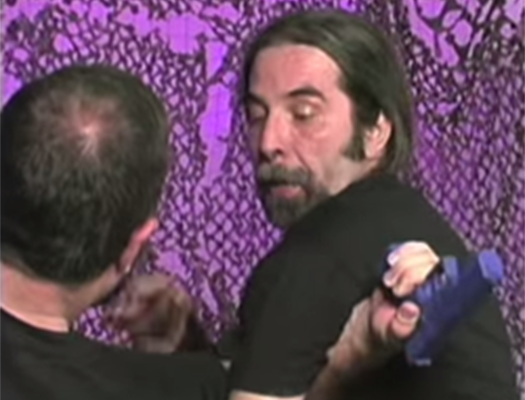 Now that you are off the target line and have closed the gap between you and your attacker you can go for the disarm. Here are the next steps:

Your job doesn’t stop there. Once the weapon has been dropped it is best to follow up by maintaining the joint lock and striking the attacker with whatever self-defense tools you’ve got. This includes eye gouges, ridge hands to the throat, a leg sweep, or a strike to any other target that presents itself.

Once you’ve distracted him with a sufficient amount of pain, your goal is to gain control of the weapon and create distance between you so that you are not disarmed by him.

There are a couple of extra factors to consider about this self-defense gun disarm technique.

As with most things in life, these live demos don’t always go exactly as planned, but Bob refused to simply do another take and edit those parts out. Instead he used them to show how thinking on your feet, combining different techniques, and rapid use of weapon malfunction drills can salvage a situation even when things don’t go as expected.

118 thoughts on “Survive Having A Gun To Your Head”