Frankly, if you’re like most people, you’re probably asleep at the wheel, spending most of your day in a kind of waking dream, on the phone, texting, listening to music. Thinking about something else, anything except what’s happening around you. Believe me, the bad guys love this.

Police reports tell the story. Big red flags that something was about to go terribly wrong gone unheeded and ignored with tragic consequences for the victim. It’s understandable. People just don’t want to believe that another human being would want to beat rape or kill them.

It Happens All The Time 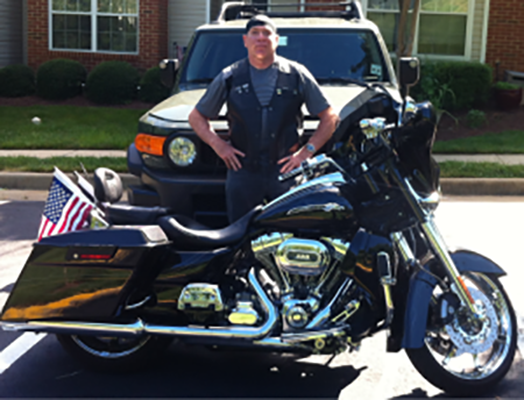 You wanna get scared shitless just go online and check out that “sexual offenders” website. I’ll bet you discover a dozen or more of these goons are living right in your neighborhood. And that’s just a tip of the iceberg.

Which is why developing a fighter’s intuition is crucial. It doesn’t mean you have to become paranoid. No, you just have to start listening for the subtle warning bells — to make sure you’re not being set up for a bad day.

Thirty five years ago, in my Special Forces days, I saw a LOT of action on the battlefield and in the streets. Those were bloody days. Many times my early-warning “sixth sense” alerted me that the shit was about to hit the fan. Other times I was caught off guard. Yep, it can happen to anyone.

With more than 100 stitches in my face from beer bottles and the likes, I don’t know if I would have survived, without training and practice. Let me make my point with a quick story.

Several years ago I was in Aberdeen, Maryland relaxing at an Applebee’s. I was new in town and didn’t know anyone, my first night in town and “Family Night”. I was sitting at the bar and ordered a beer and food. I’m alone. I’m minding my own business.

The place was lively, families coming in for dinner, a very non-violent atmosphere and a group guys beside me loudly debating where Egypt is located. They obviously had a few drinks in them.

Initially there were no indications trouble could be looming. The guy sitting right next to me insisted that Egypt was in the Middle East.

His buddy laughed. “It’s in Africa, you idiot.”

This went on for a while and the guy sitting to my right asked if I was ever in the military, stating I should know all the answers. I thought he was drunk and decided to accommodate the conversation by answering. Besides I was new in town.

I told him I typically will not drink shots during the week, because it never has a happy ending. I agreed and told him here is the rule; you have to drink one with me. He told me no problem order what you want and he would pay.

I ordered two double shots of tequila one for each of us. He proposed a toast and we clicked glasses and I started to down my shot. At the exact time he placed his shot on the bar in front of me…

Ding, ding, ding a RED FLAG immediately popped up for me.

I drank my shot, set the glass down, and told him he had to drink his too, that’s the rule! I was laughing when I told him this. As I was in the motion of pushing the shot glass back to him, he punched me in my face while I was sitting on the bar stool. These particular bar stools had a high back to them, which worked out in my favor.

Problem for him is that my skull is made of steel or something very much like it. As his fist came in contact with my face, I immediately placed my feet onto the floor, guarding and pushing simultaneously with my left hand on his chest, palm out and pressing. I call this hitting three points of contact.

In a split second, I was defended and already launching my offense– a simple overhand right. Initially I could only see his chest and down to the base of his chair and floor as I had tucked my chin and bulled my neck on impact.

It was the wildest thing because I immediately noticed the front legs of his chair tipping over backwards as I was press punching him. Odds would have it, my favorite headhunting technique, “the overhand right” landed on his jaw knocking him out in his seat.

I continued to push through after the knockout blow was delivered in order to control the distance. He was rendered immediately unconscious while falling backward in the chair. So on his way down his ear came in contact with a lower table chair, ripping off half his ear.

He then landed on his head, splitting his skull open. The poor bastard had toppled over hard, chair and all, and, as an extra bonus, he struck his head on the lower chair on the way down. By now (a split second from start to finish), I was fully engaged and my radar was turned on, looking for his friends and any others who may have wanted to be a hero.

I stood over him and briefly considered finishing with a head stomp. It would have pointless though. He was sprawled out, unconscious, and wouldn’t have felt a thing. He was fully bleeding out, nearly dying. The joint fell into a shocked silence.

On a number of occasions I’ve knocked out guys then felt the need to finish up by stomping on them. Of course I was concerned others may get involved. That did not happen. There was so much damage and blood that the crowd thought he was dead, rendering them motionless.

I could see no one wanted any part of me. I went back to my beer while I waited for the police and EMS to arrive. The manager flew from his office hysterical and indignant shouting “You are going to jail, I’m calling the police,” blah, blah, blah. I sipped my beer and downed my unconscious friend’s shot of tequila while waiting for the law to arrive.

Later, as the paramedics loaded him onto a stretcher, the cops went into the manager’s office and watched the security video which 100% confirmed my story. A crafty experienced man ambushed me by bringing my guard down with his friendly antics, then sucker-punched me in the face while I was minding my own business.

The police captain was impressed with my handy work and asked me if I wanted to press charges. Press charges? Nah, I wanted nothing to do with him and figured (if he lives) the scar through his skull and missing half an ear would forever remind him of my sexy smile, so I didn’t bother.

I believe if you are justified in your defense, it is best to damage your attacker so badly they will never come back at you. In fact I heard later he was telling his friends from the hospital “3 black guys beat me up”. What a jerk.

The Moral of the Story

So what does this fun story have to do YOU? Just this, the most powerful tool you possess is your intuition and training. Don’t be afraid of it, and don’t ignore it. I highly recommend to all GO WITH YOUR GUT!

Observe people in restaurants, parking lots, bars, gas stations, around your neighborhood, and everywhere else you go. You don’t have to be a hyper-vigilant nut case. Just put down the phone for a second and look around.

Listen to what your gut is telling you. If you ever hear two or three alarm bells go off, it’s probably time to get the hell out of there.

In my case I let my guard down and was lured into a false sense of security – even though the red flag indicators where present the whole time.

That pisses me off at myself. I am lucky to the extent my training and previous fight and sparring gave me an advantage. When you are under fire, you will do what you know. Practice, practice and practice.

Jim West is a 20-year U.S. Special Forces combat vet who has earned a half a dozen medals in the “first” Iraq war… spent 13 years in the “covert operations” as a member of the Green Berets… Jim was a member of HALO, SCUBA Teams and a combat veteran. Jim has trained organizations with a top secret clearance, including Special Forces, Delta Force, CIA and Clandestine Foreign Operators and Navy Seals. Jim West has also trained two UFC Fighters, Vale Tudo Champions, Professional Boxers and Kick boxers as seen on HBO, Pay Per View and USA Tuesday Night Fights.

88 thoughts on “A Fighter’s Intuition”