The Realities of Carrying and Using Self Defense Weapons

If you follow Fightfast, you probably have some questions about carrying and using self-defense weapons. Are they legal? Should I carry one? Do they really work? How do I know which one is really best for me?

The fact of the matter is that there really are no one-size-fits-all answers to these questions. When it comes to what is best for you, of course, it’s a personal question with a personal answer for each individual. However, I am going to do what I can to help clear up some answers for you by giving you some of the realities of self-defense weapons.

What Is A Self-Defense Weapon? 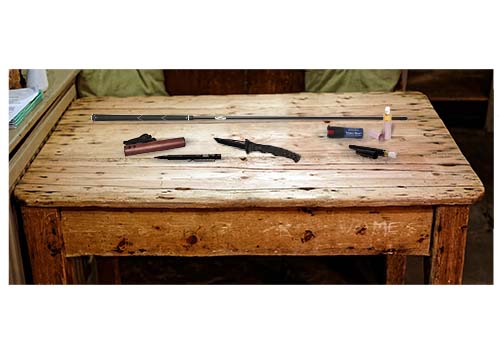 Self-defense: The act of defending oneself or one’s interests from harm by the use of physical force or argument.

Weapon: Any instrument or device used to inflict harm on another, either for attack or defense.

So, for the purpose of this article, I want you to consider a self-defense weapon to be any instrument or device used to defend yourself from physical harm or attack… Simple enough, right?

Personal defense weapons come in many shapes and sizes. In fact, just about anything you use to defend yourself could be considered a self-defense weapon (I say this because I teach about improvised weapons in my videos.) So instead of creating an endless list of self-defense weapons, I’ll just go over some of the concepts that are common for most self-defense devices.

First, let me tell you what is NOT a self-defense weapon…

In other words, it doesn’t think for itself, and it doesn’t sit there waiting for the opportunity to strike at someone. A self-defense weapon is just a tool, no more. It’s an extension of the person wielding it and as such, depends entirely on the person as to how it will be used. A self-defense weapon can be very useful for keeping you safe. However, you have to keep a few realities in mind when using it.

Reality #1. A SELF DEFENSE WEAPON IS NOT MAGIC.

I remember when I was a federal agent and used to visit family on the south side of Chicago, I would be armed and sometimes I would be confronted by known drug dealers doing transactions on the block.

I never tried to be the tough federal agent for two reasons:

Reality #2. YOU NEED TO LEARN HOW TO USE YOUR SELF DEFENSE WEAPON. 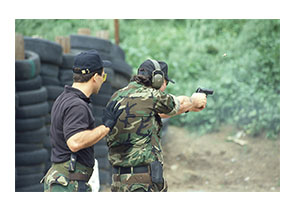 This is an important one.

I was at a self-defense seminar this past weekend, and one of the Grand Masters said something that really resonated with me. He told the attendees that now that they had learned all these self-defense techniques, they needed to be mentally prepared to actually inflict harm on another person. That was brilliant, and easier said than done.

Just having a weapon doesn’t mean it’ll be any help at all if you are afraid to actually use it against your attacker. This is actually a big problem among the uniformed military and law enforcement; research confirms that people who lack confidence in a technique or device will not resort to it in a stressful situation, even if they know how to use it.

As ex-military and law enforcement; I have seen where many people have been seriously hurt in violent encounters with a personal self-defense weapon right in their hand, or the weapon was taken away and used against them.

In the stress of the moment they did not think to use it or, doubted its’ ability to impact the situation. Perhaps they were afraid that it would only make matters worse or perhaps could not bring themselves to use it against their attacker.

So, if you’re thinking about carrying a personal self-defense weapon make sure you’re prepared to learn how to use it and practice becoming skillful with it. You also need to be prepared to use the device aggressively on an attacker to protect yourself.

Never carry a self-defense weapon with the intent to “bluff ” your assailant. This is one sure way to have your weapon taken away and used against you. If you are not prepared to act decisively and use it, don’t carry it!

Reality #3. WEAPONS DON’T WORK IF YOU AREN’T HOLDING THEM. 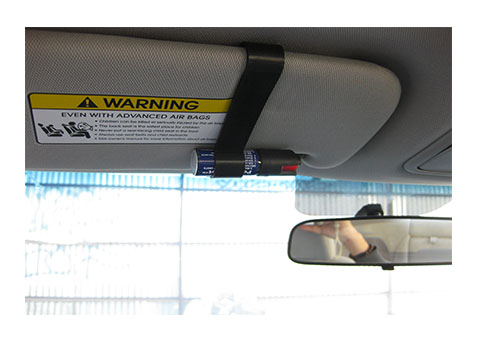 You’ve got to keep your eyes open and pay attention; you need to know how to carry and use your weapon of choice, because if you don’t you may not get a chance to use it. A gun doesn’t help if it’s still in its holster, and pepper spray or a stun gun isn’t too useful if it’s still in the bottom of your purse or in the kitchen drawer at home when you get attacked.

So when you carry a weapon for self-defense make sure you can get to it quickly if the need arises.

In another blog I wrote about a female law enforcement officer I knew who went into a store and saw that it was being robbed; she had on sweats and was actually wearing her bulletproof vest underneath, however she left her gun in her car.

She started to back out of the store so she could retrieve her weapon but a voice behind her told her to, “stop and get down on the floor”, the robber had an accomplice. Without her gun she had no way to save her own life if she got the chance to, luckily she was not hurt.

People seldom leave their homes thinking, “Gee, I think I’ll go out and fend off a mugger, or a rapist today!” What happens to most self-defense weapons is the novelty wears off and they’re quickly forgotten; they find their way to the bottom of a purse, glove box of your car, or the back of a kitchen drawer. They won’t do you much good there! So ask yourself, is the device you are considering something practical enough to carry with you all of the time? 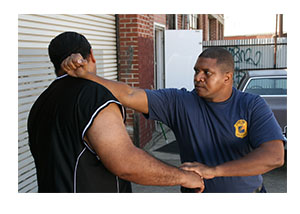 Be aware that many gadget salespeople and wannabe self-defense experts exaggerate the benefits and capabilities of their systems and products all the time.

I need you need to understand and acknowledge the limitations of a self-defense weapon and have a backup plan just in case yours fails.

I had a friend in high school try to defend himself with a knife (well he actually attacked a bully) and the guy grabbed the knife and actually broke it. Don’t buy cheap weapons! That’s why I advocate for self-defense or martial arts training. If you are the weapon, you never leave home without it.

Anyway, keep in mind that nothing is ever 100% effective all of the time, even a gun.

There have been many people shot who did not go down. They can still harm or kill you, especially if they have a weapon too. However, most people believe that if they shoot someone that person will go down like on TV. That may not be the case. Knowing that nothing works 100% of the time means no matter what self-defense weapon you decide to carry, you should still have a backup plan for defending yourself… just in case.

Reality #5. THERE ARE LAWS ABOUT WEAPONS.

Finally as former law enforcement, I must tell you that there are many laws you may be subject to if you use your weapon even to defend yourself.

The laws are especially prevalent for guns, the use of guns, carrying a gun, etc., especially with everything going on today. But there are also laws about stun guns, pepper spray, knives, batons, etc. Mostly having to do with when weapons may be used, and under what circumstances. It’s funny to me that here in Maryland I can carry a knife and not a baton. Which do you think will do more damage?

You should learn your local laws for whichever self-defense weapons you choose to carry. More importantly, use a bit of common sense. Pulling a gun on a guy because he cut you off in traffic is a no-no, and shooting someone in the face with pepper spray because they looked at you funny is not using good judgment.

As you learn to use your self-defense weapon (and you should), also learn the laws regarding the weapon, and when you can and can’t use it legally.

The bottom line is if you’re going to carry a weapon for self-defense, make sure you know how to use it, and are you prepared to use it if you have to.

Until next time, stay safe and stay alive.