Self-Defense is Not Just Fighting, You Need Good Tactics Too!

I am a big advocate of self-defense training, and I highly recommend that EVERYONE has some form of self-defense instruction whether in person or via the videos offered by TRS. But, let me caution you, you could go to self-defense classes every week and feel pretty confident about yourself knowing you have the ability to defend yourself, but unless you have a set of effective self-defense tactics to go along with the moves you learned, you could be in for a rude awakening should you ever have to use your training. 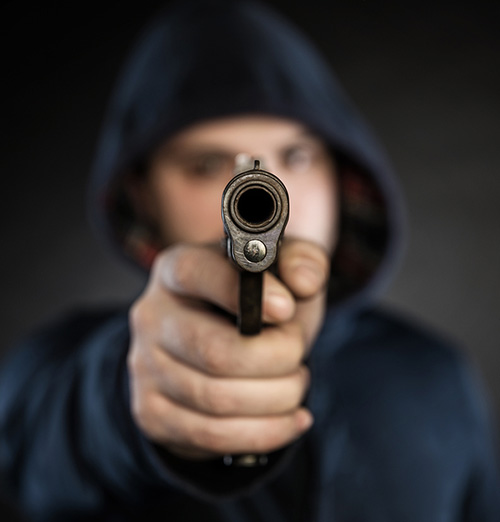 The fact is, just because you know a few moves doesn’t mean that you are any less likely to get attacked. A thug will not suddenly look at you and say to themselves “oh, that person knows self-defense, I better leave them alone and keep it moving.” An attacker has no idea of your particular strengths or training and unless you are a 250-pound biker with tattoos on his 20-inch biceps, all they see is a potential victim and perhaps your weakness.

No amount of martial arts training you have is going to change their view or save you from their attack unless you have a plan of action that will ensure that you don’t freeze when the attack goes down.

Let me go over a couple of simple self-defense rules with you.

Rule #1: Avoid Placing Yourself In A Situation Where You Could Be A Potential Victim

The first rule of self-defense is to avoid placing yourself in a situation where you could be a potential victim in the first place. While I know how to defend myself pretty well, I don’t go looking for trouble, and I don’t put myself in places or situations where trouble might find me.

When I travel home to Chicago and see thugs on the street or driving their car, I don’t give them the glaring stink eye, or challenge them. I have no idea what their intentions are or what they may be carrying. I might LIKE to fight, but I don’t WANT to fight if I don’t have to.

I remember once while visiting family in Chicago I was confronted out in front of my ex-sister-in-laws house by a thug selling drugs on the corner. I was still a federal agent at the time and I was armed. I was waiting for a ride and this young punk told me I “better wait my ass down the street.” I wanted to put my foot up his ass, but I observed how he operates.

He was the young front man and if there was trouble, back up would quickly appear out of nowhere. So, you know what I did? I waited my ass on down the street. One of the main reasons was that I did not want them to retaliate against my in-law when I was gone. No matter how tough you THINK you are or may be, there is a chance that you will get some kind of injury, even if it’s just busting your knuckles on someone’s head.

Your attending regular kick box aerobic classes or practicing self-defense four days a week at home doesn’t give you the right, or ability, to walk down a dangerous looking street at night and expect not to get attacked. Self-defense techniques are nothing without some self-awareness to back them up. Avoiding scary looking shortcuts and being on constant watch when walking is essential because you don’t want to be one of the unaware mouth breathers, as I like to call them, with your face in your phone who don’t see trouble coming right at you. Most thugs are fairly open about their intentions when they are about to attack someone, so if you are paying attention, you should be able to spot them a mile away.

My next rule is that you need to be confident. Being confident is another effective feature of self-defense tactics. Thugs who randomly attack people on the street are generally cowards who will run away at the first sign of genuine resistance. For these punks, self-preservation is the name of the game, and they will flee if it is taking them too long to achieve their objective of robbing or assaulting you. They don’t want to risk getting apprehended by the police.

If you see two people walking down the street and one has his head up and shoulders back and the other has his head hunched down walking with small, scurrying steps, which one do you think is more likely to be attacked? Which one would YOU attack?
I remember when I was 17 years old and I used to walk the streets of Chicago with my girlfriend who later became my wife. I was a scrawny 147 pounds, and did not have the confidence and training I have now. Guys would actually make remarks and try to talk to her like I was not even there. I have to admit, although I thought I was pretty badass, I did not have the same confidence and training I have now. Some of the thugs on the streets of Chicago were pretty tough. So back to my example, the one with his head up and shoulders back is confident and therefore troublesome for the attacker to get the jump on, while the latter is scared and easy meat for an attacker.

You should maintain your confidence even when confronted. Although some thugs like to stalk their prey, it is more common for the attack to be sudden. This usually occurs if the target is hunched down and scared shitless like my second guy above. If a thug or thugs actually stop you and start with their threats, this means that they have not fully made up their mind whether they want to take you or not. While they don’t know that you are proficient in self-defense techniques just by looking at you, they will be hesitant about attacking you if you stand your ground and show no fear. If they decide to attack, then it is time for you to unleash your bag of self-defense tricks and deliver a can full of whoop ass.

As I emphasized earlier, self-defense tactics don’t just involve methods of injuring your assailant; they should also act as a guide with regards to how you behave when you walk the streets. With just a few subtle changes in your demeanor and body language, you could easily go from being a ‘victim’ to being safe as you travel down the streets.

35 thoughts on “Self-Defense is Not Just Fighting, You Need Good Tactics Too!”