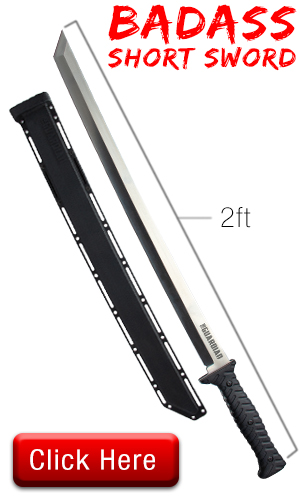 I live in a really nice neighborhood, but four days ago my neighbor two doors away had 5 shots fired into his home. I was out walking my dog a few minutes before it happened. We have a private road next to my house with a small pond. This road leads to 3 of my neighbor’s homes. In the past year teens and young adults have been parking on the road near the pond to smoke dope and do other adult activities. After this incident, I have started calling the police and had 2 guys arrested while in possession of drugs just one day after this event. I plan to call every time I see them now.

But let me tell you what happened…

When I was walking my dog when three young men came down the walking path. I nodded to them, and they nodded back and kept walking. One minute or so later they came running back in my direction. It was icy out, and they were running so fast with the look of fear on their faces that one slipped, fell, and quickly got to his feet and continued running.

Moments later a car with four individuals, two men in the front and two women in the back, pulled onto the road and stopped next to me. The driver and passenger windows rolled down. I was on the passenger side.

I immediately asked if the other three were running from them. I now wish I had waited to see what they were going to say since they rolled the window down for some reason. One of the individuals asked me what I had said, and I repeated my question, and they said “no.” I continued walking home with my dog and went inside.

Moments later I heard 5 to 6 shots. My wife said, “someone is firing off firecrackers“. Knowing gunfire when I hear it: I said those were shots. Shortly afterwards the police arrived and an investigation ensued. I talked to my neighbor and here is what he told me occurred (I have confirmed most of this as I am a reserve officer and made a phone call to a friend on the force):

My neighbor stated that a young woman came to his door and when his son, who is in his twenties opened the door, she stated she had been robbed. She stated that she thought she saw the person who robbed her come to his home. Some other words were exchanged, and then she left.

Shortly later she returned with a guy. My neighbor’s son told them that he, his father, and mother live there and no one else. They left and then moments later the shots came through the door and walls. They saw the car, which is the same car I saw, peeling off. Here is the kicker: one of the shooters dropped a credit card on the ground! When the police ran the name on the card they discovered the person had arrest warrants. I later learned that at least one of the suspects were apprehended after a 3-mile car chase by the police.

I have two theories on what occurred. 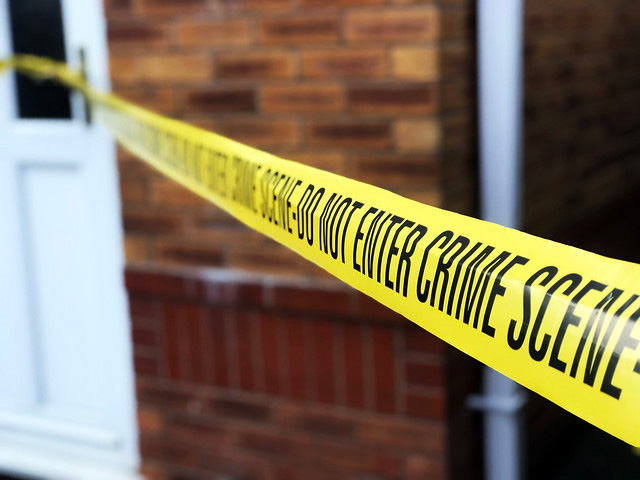 The people in the car used the guys running away as a ruse to get into my neighbors’ home by saying they were robbed.

So, there are some home defense lessons I have from this incident that I want to share with you.

TIP: Be Familiar with Your Neighborhood 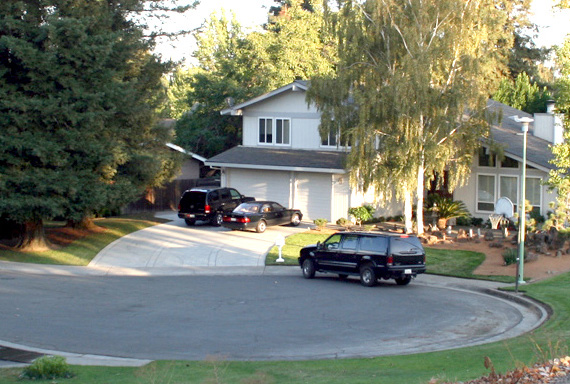 This is very important. I live on a cul-de-sac, so I know who should be on my street. You know when something is wrong in your neighborhood if you are paying attention, like a strange car parked with multiple passengers inside like I dealt with in this scenario. You should pay attention to changes from the norm in your neighborhood.

Notice things like: when you are heading to work and there is a suspicious car parked near your home. When I called the police the other night and had those guys arrested, I noticed one of my neighbors who live on the private road went to her house at the end of the private road, turned and came out again to pass the car, turned back at the entrance of the road as if to get another look and then drove into her garage. You can do the same. Circle the block and see if suspicious car is still there when you return.

I have to walk my dog at least 21 times a week, but it is a great way for me to get to know my neighborhood, and my neighbors. I learn their patterns, what cars belong in the neighborhood, how many people are typically around their homes, etc. If you are a jogger, you can learn about the neighborhood during your run.

When I am out, I even pay attention to the lawn mowing companies they use so I can notice if there are different trucks hanging around. If you see something, say something like I did. Don’t be afraid to call the police on a strange person/vehicle that looks out of place. For me, I’d rather look like a paranoid idiot than regret not preventing something from happening. I usually let the police know I am ex law enforcement and a reserve officer and they show up pretty quick.

Based on my experience, better criminals will stakeout neighborhoods, observing patterns of when you come and go to see when is the best time to hit you or your home. If something feels wrong in your neighborhood, it is wrong. Trust your gut and call the cops.

TIP: Be a Hard Target

I am going to give you some other tips later in the article, but I want to tell you the difference between a hard target and a soft target. As a special agent, especially during protective service operations where my protectee was often very noticeable, I had to concentrate on making him or her a hard target. Think about all the security businesses have today. Their protection is usually a lot more than what you will see in a typical house, and this makes the house a softer target. Police will often patrol businesses and main thoroughfares more than they will patrol your neighborhood. Its up to you to make sure you are safe.

Your appearance is also a factor. Looking unsuspecting can often work to your advantage, but in some instances, it won’t. If you walk through your neighborhood and you look non-threatening you will appear to be a softer target.

When out walking, pay attention to how you’re dressed because criminals will pay attention to you. Wearing expensive jewelry, watches or driving a flashy car will attract criminals to you. Obviously, single females are a prime target, so if that’s you, pay particular attention to this article.

As an agent we were taught to use what we call Surveillance Detection Routes (SDR), which is the path you take back and forth from your home or vehicle to your final destination. This SDR can reveal a lot about the threats you face. You see, a criminal can catch you anywhere along that route.

One example of a smart SDR you can take while on foot to or while driving is to go right past your house and on a path that you know anyone that was following you would be going out of their way to take. If you are walking near stores with glass windows, or even homes in your neighborhood with big glass windows like the ones in mine, you can use those to see who is following or watching you to note suspicious activities. When driving to your home, take different paths to and from destinations to ensure you haven’t picked up a tail. I spoke about this in my surveillance blogs so go read those if you have not already.

You must ALWAYS be super observant in your neighborhood. Observation is the primary tool against recognizing threats before they happen.

Now let us move into protecting yourself in your home. How do you fortify your home to become a hard target and protect yourself? Having the knowledge we give you here at FightFast and good planning are key. Here are some tips you can use to help fortify your home against intrusion. 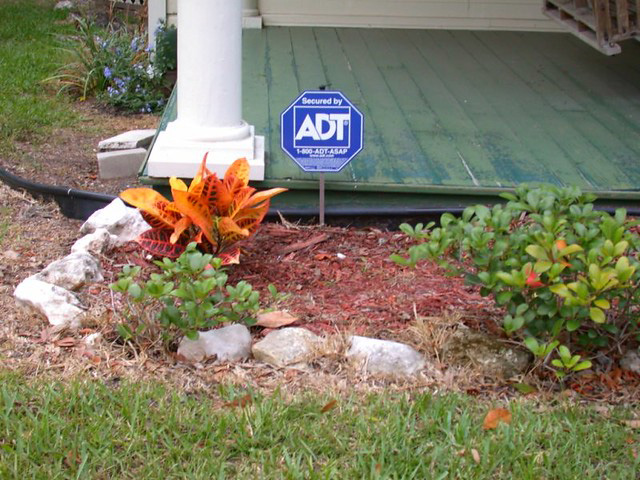 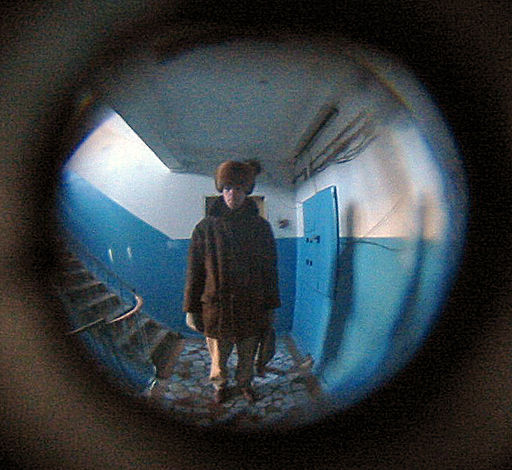 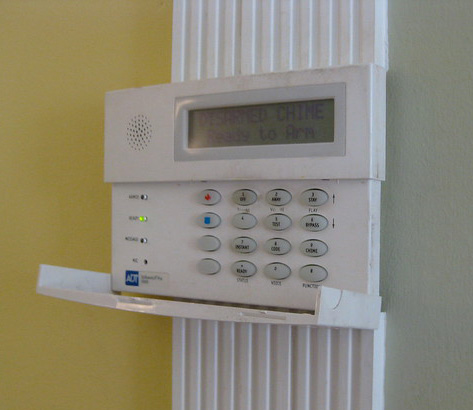 I hope the information I shared in this article helps you to protect you and your family. Make sure you have a discussion with them and explain the dangers of home invasions and how to protect against them. Use the resources we have here at FightFast and TRS to develop your skill-sets and practice them to stay proficient. We here at Fight Fast don’t want to hear any stories of how any of you became a victim.