Should You Carry a Concealed Weapon?

We often watch the nightly news and see yet another public shooting where a bunch of people were killed or wounded when a person decided to shoot up a McDonalds, a movie theater or a concert and we think to ourselves: if someone had a concealed weapon permit and had been carrying, things would have gone very different for the shooter. And perhaps that is true.

There are other times of course when a concealed weapon would not have been much help. Think about the Las Vegas Concert Massacre, termed the worst mass killing in American history. Also, there have been many incidences where an attacker with a knife has taken out a person with a gun. Or what if there is a vehicle or a bomb, involved? Well, the concealed weapon probably would not have been much good for situations like these.

So, for those of you who are considering obtaining a concealed weapon permit and carrying a gun, there are some things you need to consider. For the many individuals out there, who are looking for answers, we must ask ourselves…

Well, as I mentioned before, just pick up any newspaper in the United States or abroad and I think you can answer that question yourself.

If you decide that concealed carry is for you, here are some things you should consider. 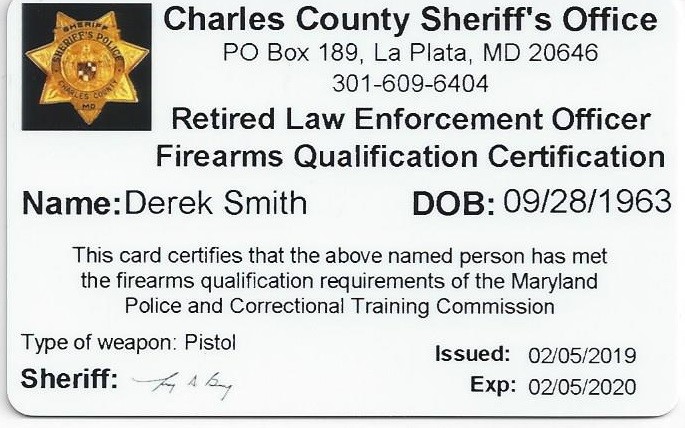 For the “common” citizen the laws for getting a license varies. In some states, it is much easier to get a permit than in others. My father lives in Alabama, and there Sheriffs are required to issue or deny the concealed carry application within thirty days. He paid his $5 and had one in no time and has been carrying for years. One of the very worst states is Delaware. This small state makes it practically impossible for a person to get a license.

Check out what you must do even to be considered for your permit.

I can’t imagine why you wouldn’t already have a weapon at home whether you can carry it concealed or not. Then again, some states make it very hard even to own a gun, let alone carry it concealed. For example, it used to be that in the District of Columbia, the possession of handguns, even in private citizens’ own homes, was prohibited unless they were registered before 1976.

However, the handgun ban was struck down by the U.S. Supreme Court in the 2008 case District of Columbia v. Heller. The Supreme Court ruled that the Second Amendment acknowledges and guarantees the right of the individual to possess and carry firearms, and therefore D.C.’s ban on handguns was unconstitutional.

When deciding what gun you will carry, understand that the gun you currently own for protecting your home may not be the gun you want to carry. You might have a large firearm that you keep at home for protection, but some people aren’t into carrying a big firearm.

You may want something smaller like the M&P Shield I sometimes carry, which is about 6 inches long and 4 inches high. Trust me, I used to carry everyday as an agent. The larger weapons can be heavy, and your back will start to hurt causing you not to want to carry. I suggest you go to a local gun range and fire weapons you are interested in. Don’t just buy one you read about. You might not like it, and you will have spent a significant amount of money.

You also want to consider how you want to holster your weapon. Do you want to carry in front, in the back, in a shoulder holster, or a more traditional right-side holster? I have carried in every way you can think of. I used to carry in a shoulder holster for the cool factor. But I found it not to be so practical when I needed to draw it and it actually fell out of the holster a couple of times when I bent over. That’s not good.

When I carried in the small of the back, it was hard to get to my weapon. In the front, it was not very comfortable nor easy to get to. I found the most comfortable and practical position for me was the regular old right-side hip carry (left side if you are left handed.) It is easy to conceal and easy to get to if you need it. The choice is yours, and the location you choose should come down to the efficiency of movement and comfort for you.

Forty-five states allow open carry with various rules and restrictions on the practice. There are two options, permissive open carry and permissive rural open carry. Here are the differences between the two:

Permissive Open Carry – A state that has passed full preemption of all firearms laws, with few exceptions. They do not prohibit open carry for all nonprohibited citizens and do not require a permit or license to open carry. Open carry is lawful on foot and in a motor vehicle.

If you have a clean legal record or and don’t have some other issue that prevents you from open carrying in one of these states you might be able to carry your unconcealed weapon without a license.

It is your responsibility to make sure that you know how to use and maintain your weapon properly. I highly recommend that you don’t just buy a gun, strap it on, and start carrying it. There have been many people killed by their own weapon when someone took it away from them. Imagine you try to defend yourself and realize that you are not able to fire because you never learned how to take the safety off the gun. Also, besides the safely class you will likely need before being allowed to carry your weapon, take some additional courses to learn how to shoot your gun properly and how to make the right decision as to when to shoot.

Finally, make sure you get some liability coverage. If you shoot someone, you will likely get arrested until things can be sorted out. You may need money to make bond. You will need legal representation, and it is highly likely you will be sued. There are companies that protect those who carry a concealed weapon. I am not endorsing any particular one, but I belong to the USCCA (United States Concealed Carry Association.) For $30 a month they provide me with peace of mine and the following:

I am sure that if you follow my articles, you already know that I highly recommend that you exercise your right to protect yourself and your family. There is a cult classic movie called True Romance, where the lead character Clarence Worley makes this statement when questioned about his carrying a concealed weapon into a meeting:

Terror attacks and random acts of violence happen every single day, and everywhere when we least expect it. These actions tend to affect those who are vastly unprepared. Don’t you be that person!

Although I am former law enforcement and a current reserve officer, I have to tell you that the government cannot protect you and the police can only protect you as quickly as they can get to you. Usually, that is after the fact.

While a gun will not protect you from the mad bomber, it will protect you from the knife-wielding nut job or the armed guy who wants to shoot up the movie theater you happen to be sitting in with your family. Terrorists are trained to hit soft targets, but I want you to be a hard target by having your legally carried firearm with you at all times. Concealed carry license holders can and do act as one of our nation’s great deterrents.

45 thoughts on “Should You Carry a Concealed Weapon?”