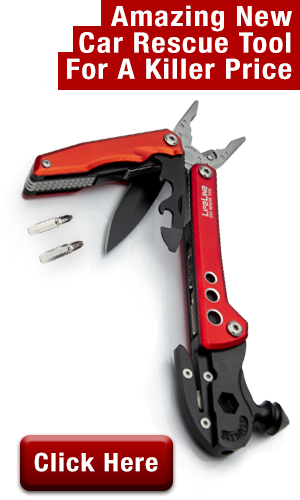 Let’s start with a little Old West history and then walk that into a mighty pragmatic drill-set that trains sensitivity, sensory deprivation, and overall resourcefulness.

Our first stop is a little horse-breaking practice that will upset horse-whisperers everywhere. 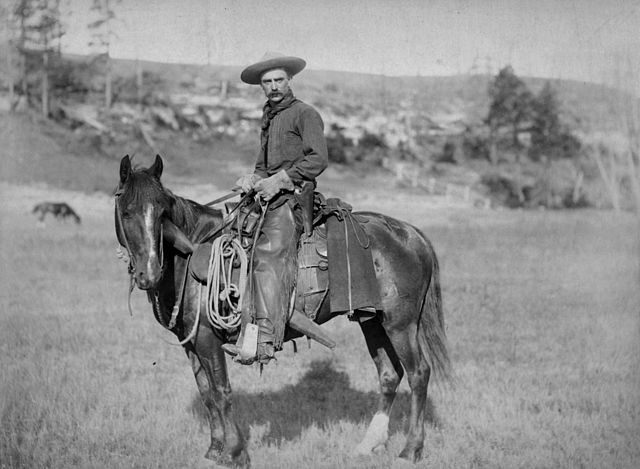 In the wild and wooly old days horses were mighty useful companions and work-mates, but, and this may come as a surprise to many, horses don’t pop out of the womb with a hankering to be ridden.

In our best-case scenario, a young horse is acclimated to people, raised around people, seen other horses ridden, and even then, the initial acceptance of bit, saddle and rider is still a slow process.

This rider-acceptance is all the more recalcitrant in a freshly captured mustang, a wild adult horse that has not been socialized to humans let alone fostered any unfulfilled dreams of losing its liberty and having a curiously garbed ape perched atop its back.

Compassionate “gentling” takes some time. Gentling is the preferred method, but on a working ranch and/or working drive, time was not always yours for the asking, so “breaking” was used over “gentling.”

We’ve all seen variations of horse-breaking in Western films. The bronco-buster heads into the corral, walks a horse down with a lasso and then hops atop, spends a few seconds before getting tossed, then repeats the process ad nauseum until fatigue or begrudging acceptance is won. (William Wyler’s 1958 film The Big Country has an excellent depiction of this dogged process.)

But even breaking as just described takes time. When time is of the essence, some bronco-busters would resort to the “rough break.”

In a rough break, the buster ropes the horse, chokes it down (yep, you heard me right), once down the animal is saddled and blindfolded. The buster steps atop the green bronc and strips off the blindfold, digs in with spurs, slams home a quirt and rides it out.

Oh, he’s still tossed, but good bronc-busters say that it only takes about three rides with the rough-break method and then the horse can be turned over to the cowboy. 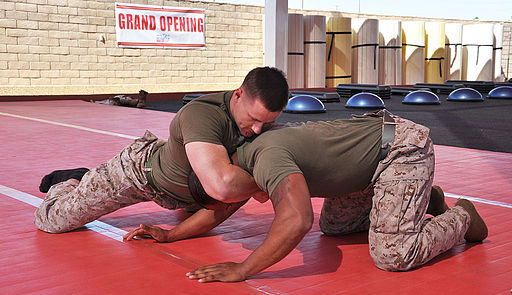 Now, I’m not a card-carrying friend to PETA, and not condoning rough break methods, but I am here to say we can modify rough-breaking for our own combat training.

Let’s have a look-see.

It’s easy to see that all forms of rough-breaking, whether it be true bronc-busting or consenting humans scuffling with one another there are bruises to be accrued, but…some mighty hard skills won.