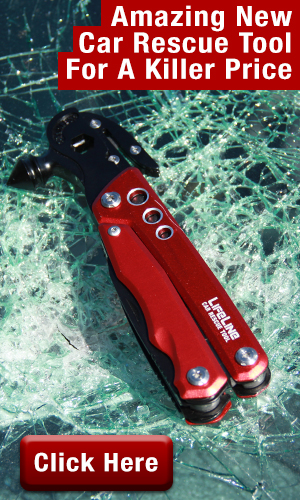 Hey… it’s Jimbo here again, (on behalf of my business partner Bob Pierce and the rest of the crew), with more amazing “Man Building Skills” for you.

Today we will explore how to manipulate people using non-verbal communication. (You know, so you can quietly take over the world… muahaha).

Okay… “manipulation” sounds creepy, but it’s happening all the time. You’re doing it when you dress-up for a job interview. (“Hey pal, are you trying to manipulate me with that suit and tie?”)

Folks do indeed judge a book by its cover.

In fact non-verbal communications, (like appearance, posture, gestures, eye movements and expressions), accounts for 93% of what you’re communicating to others. The actual words coming out of your mouth account for only 7%. (Which means knowing what you’re talking about is completely unnecessary).

Point is, understanding non-verbal “signals” and how to actively manage them gives you significant control over people’s impression of you, (and is in fact how I tricked my wife into marrying me).

Okay… it’s not all or nothing in any one of these categories. Everyone displays their own unique mix of these three signals.

But with a little skill you can emphasize any one of them to suit a particular situation, thus allowing you to gain the upper hand, (like hypnotizing your boss into giving you a major raise).

An example would be a celebrity spokesperson or a news anchor. Think Walter Cronkite, (or perhaps someone less dead).

Here are some methods that can increase your non-verbal C–Signals:

Occupy your space using broad gestures and posture. People with higher levels of self-confidence and self-esteem tend to stand closer when communicating, but not too close to make others uncomfortable. (If you’re touching noses, that’s too close.)

The Friendly Guy.
(Won’t you be my neighbor?)

The F–Signal is a measure of the individual’s likability or interpersonal attractiveness. The stronger the F–Signal the more attractive you’ll be to others and the more likely you’ll generate a sense of deep trust.

An example would be Tonight Show host Jimmy Fallon.

While it’s difficult to quantify friendliness, there are specific factors that will influence the perception.

Someone who is interesting to speak with… who knows how to listen… is a good conversationalist… humorous… sociable… and emotionally expressive while still conforming to the rules of social convention, all will be perceived as very friendly traits. (Also, handing out wads of cash helps.)

Here’s how to strengthen your non-verbal F–Signals:

Look at the person when they begin to speak and continue steady eye contact. When they finish talking, look away briefly and then return eye contact when responding. When you finish speaking glance down to signal you’re finished.

L–Signal is a measure of the leadership ability of an individual.

Someone displaying a high level of L–Signal will be seen as the dominant person.

Of all the character frequencies, this one can have the most powerful influence on others, but these signals can also have very negative consequences.

Non-verbal L–Signals portray power and confidence. These signals include: Initiating the conversation… standing square to the other person… and maintaining a wider foot stance than normal.

Lean forward while speaking and then straighten while listening. You need to interact at a closer distance than normal and claim more personal space and territory through your posture and sweeping gestures.

An example would be a drill instructor. He cultivates a strong command presence not only with his uniform and posture but with his lack of emotions and strong visual dominance ratio, (VDR) as well.

You’re basically demanding that people listen to you, but then you generally ignore them while they’re speaking. (Hear that Dad?)

L-Signals are powerful, but they also can open you up to potential confrontation, (because you can basically look like a real a-hole).

A true master of impression management is fully aware of what types of signals he’s sending and emphasizes specific signals which will serve him best in particular situations.

Because there are times when you need to be seen as more competent, or more friendly, or the dude in command. The magic happens when you’re able to properly combine these signals to elicit the desired response from the listener.

While each signal is independent, they work together to create a composite image — almost like the bass and treble controls on your stereo.

If you want to know more about controlling your own “Power Signals” you can get that HERE.

More to come. So stay tuned.