Some people inspire more negative reactions in dogs than others. Some dogs need a warming-up period so that the dog can learn the newcomer’s place in the hierarchy. Dogs can be slower to respond to those with herky-jerky, un-flowing, or quick body movements. Such movement, whether it be borne of aggression, nervousness, or simply the ingrained movement pattern of the human are read as aggressive or suspect by the dog. 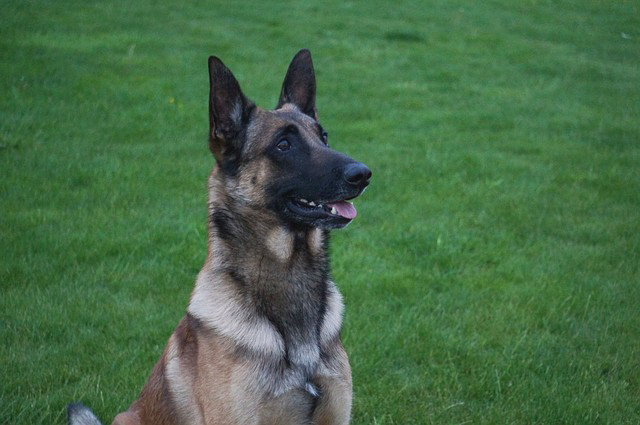 If the dog begins barking (the nervous signal) and the human jerks back or retreats, this triggers the dog’s pursuit mode, the interaction deteriorates. The jerking back or retreat seems to “confirm” that this was an interloper or submissive animal to be dominated; a possible friend or dominant animal would not stand-down so easily.

Conversely, nervous or uncertain dogs respond very well to humans with easy fluid movement. Those who do not stand-down to the nervous bark but rather remain smooth and seek to engage. This goes a long way to making the introduction a success.

Literature and anthropology regarding indigenous peoples often refers to the easy, fluid, smooth movements of tribal peoples; the characteristic effortlessness or suppleness. Some have postulated that this is due to an active lifestyle that over time has ingrained fluidity, others say that our ungainly footwear and unnatural environment fosters ungainly unnatural movement.

Both of these might be the case, or at least part of the answer.

But, consider the following with the above example with dog interaction in mind. Cultures with a close affinity with a particular species, a working-relationship (the Comanche with horses, the Bedouins with camel, the Basque with sheep, et cetera) from an early age those embedded in the tribe/culture learn that fluid and smooth is the way to make for fluid and smooth interaction with animals in your purview. 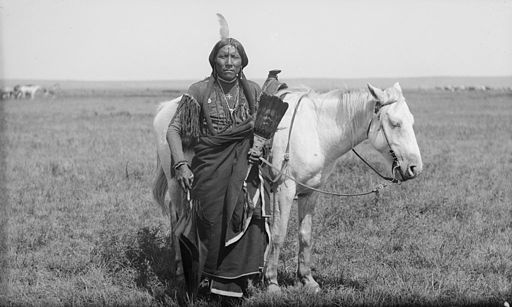 Indigenous hunters know that whether utilizing “still-hunting” tactics or stalking tactics that require close-kills, fluid and smooth is the watchword from day one.

Herky-jerky, discombobulated, “This is my aggressive walking to the subway stride” is not conducive to the horse herd, the antelope approach, or circling the watching wolf pack.

Smooth, fluid, some would call it calm and natural movement, seems to be the watchword for successful hunters, hunters that have to come close to prey, not those with scopes or other long-distance methods.

Smooth, fluid and intentional is also key when moving among a wild horse herd 400 strong.

And, we don’t need science to tell us this as we all feel it in our bones, but… all the same, studies show that we perceive those with smooth, fluid movement in stride, gesture, overall body-language as more powerful, confident and in control.

Herky-jerky body-language can be perceived as submissive when withdrawn or overcompensating or ridiculous when used in an aggressive manner.

Smooth, fluid, in control of the body is the ideal for hunters, herders, meeting your neighbor’s dog for the first time, navigating the club from door to bar, standing down the potential aggression, hell, simply moving from couch to mailbox.

The following can be found in Anatole France’s 1894 novel Le Lys Rouge (The Red Lily.)

A character recognizes another character from a great distance on a Parisian street. He is asked how he could have recognized her from so far away with so many people about.

He said he had recognized her in the distance by the outline of her figure and the rhythmic movement of her walk.

“Graceful motion,” he said, “is to the eyes what music is to the ears.”

With that lesson in mind, what might the “music” of your walk, the melody of your own movement be as seen by others?

Let’s go it one better and assume nothing.

We usually fall into two camps, we move in our habitual patterns with zero-idea of how we appear to others or the horse herd, or…

We “think” we have an idea of how we are perceived. We may assume that our swagger is accompanied by the soundtrack to Black Panther but if viewed on video we may have the same somewhat disconcerting experience as hearing your voice on audio playback for the first time: “I sound like that? Oh, God!”

For the exercise you can one of two tracks, both if you’d like.

Set up a tripod and record yourself doing several common motions. Walking, sitting and getting up from a chair, pouring a glass of milk, as many mundane things as you are willing to encounter in a day.

Make this video session at least 15-minutes as you will be on “good behavior” initially and offering a “pose” of how you move.

¼ hour seems to be enough to allow you to fall into your natural pattern.

You can skip the video assessment and assume that we could all use improvement.

Create a soundtrack in your head, one that inspires the movement you wish to convey. Over time we behave more and more like our own movement. A good thing in the case of fluid movement and conversely…

Ideally, the soundtrack we choose for our inner-ears is one of wolves in the distance, of the nickering of a horse-herd, the tiny snick of a branch off to our left as some unseen possible prey or predator tips its presence.

This “natural soundtrack” will likely cure us of super-hero notions or doorman/bouncer puffed stance and swagger and get us closer to a natural fluidity that signals a good hunter, a good warrior, a good predator, and a good friend to dogs.