As a special agent, I carried both lethal and non-lethal weapons. Not every encounter could be settled with a gun, so sometimes I had to rely on my pepper spray to quell the situation. In this article, I want to provide you with information on how you can use pepper spray for your defense.

With crime being more prevalent than ever these days, it always pays to have different methods to protect yourself, just as I did as an agent. Although there are police officers and others out there who uphold the law, they usually show up AFTER the fact. You need to be able to fend for yourself until, and if, they arrive. 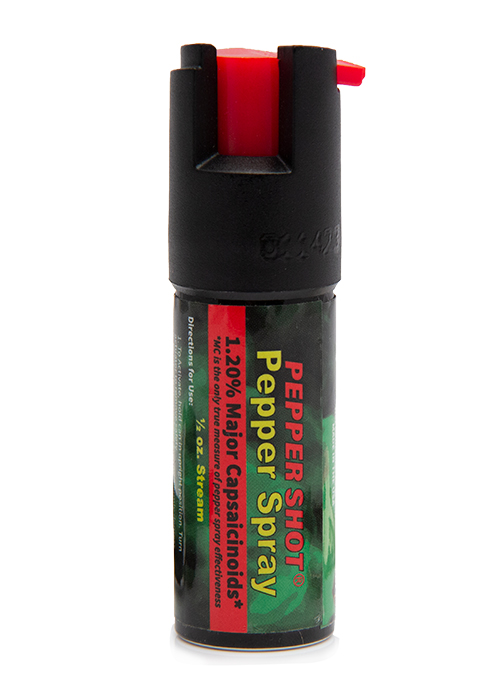 To protect yourself, there are several products and forms of protection that you can get. Among the many products available to you is something known as pepper spray – which has become one of the most common forms of self-protection.

First, let me touch for a moment on the mental aspect of self-protection. Pepper spray will work a lot better when you have the mental capacity to believe that you can use it on another person without hesitation. When you believe in yourself and your abilities, you will trust your senses, pay attention to your surroundings, believe in your natural ability and defend yourself, and protect yourself. Although personal protection products are great to have, you need to believe in your ability to use them properly.

Over the years, for many of us, personal protection products have become a way of life, with pepper spray being among the most popular and best forms of protection (if you don’t want to carry a gun, or simply need a less lethal option.) When used correctly, pepper spray can stop humans from attacking quickly and safely. It’s also useful against dogs as well. It comes in an aerosol form, is easy to use, and can stop most attackers in their tracks in a matter of seconds. 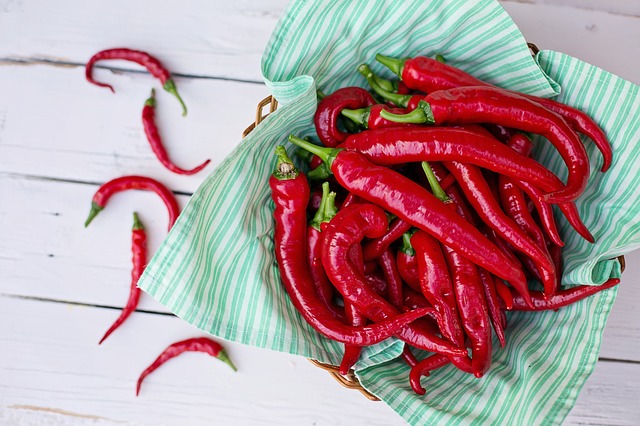 The active ingredient found in pepper spray is OC (Oleoresin Capsicum). The spray comes in 10% or 15%, with a heat rating of 2 million. OC is nontoxic, nonflammable, and comes from the well-known cayenne peppers. When used as a spray, OC acts as an inflammatory agent, causing immediate dilation of the nose, throat, lungs, and eyes – resulting in constricted breathing and temporary blindness.

Although it doesn’t lead to death, the effects will last up to 45 minutes, and make attackers feel as if they are dying. The effects will take place immediately, giving victims plenty of time to escape and seek help. Believe me, I know. During my academy training, I had to be sprayed with pepper spray so I could understand the effects. Later as an instructor, I had to pray each of my students with the spray.

The use of pepper spray is completely legal, although there are specific rules and restrictions that you must follow. As you may already know, you can’t carry pepper spray on airplanes. There are also some states that will prevent the use of pepper spray, while others require that you have an FID (Firearms Identification Card) to own or use the spray. To be on the safe side, you should always check with your local and state regulations before you purchase any form of self-defense product, including pepper spray. 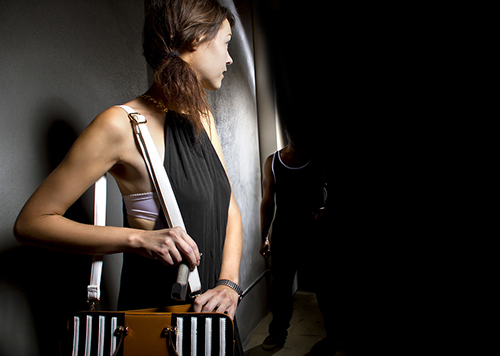 When you are out and about, pepper spray is easy to hide. Women usually keep it in their purse, where it is easy to access. If you plan to carry it in your purse, always make sure that you can get to it quickly and easily if you need it. You can also carry it in your pocket or your coat as well, which I recommend so that you can easily reach it in a moment’s notice. An attack can occur in a matter of seconds – which is why you want to be able to reach it fast.

Pepper spray is a very effective inflammatory agent that can easily irritate the eyes and result in pain, temporary blindness, and tears. Pepper spray is an organic-based agent that, as I mentioned before, comes from cayenne peppers. The spray will normally come in canister form, which is often small enough to be carried in your pocket or a purse.

Once the spray is used, it will immediately result in dilating of the capillaries in the eyes, resulting in temporary blindness, choking, coughing, and tearing of the eyes. The spray will also cause an extremely intense burning on the skin and result in nausea. The mucous membranes will also begin to swell, making breathing very difficult. The spray is very painful, often resulting in the individual who was sprayed to double over and fall to the ground. It causes temporary incapacitation because the individual won’t be able to breathe or see properly.

Here is a bonus that most people don’t mention. When the attacker goes home and showers later, the pepper spray will run from his or her hair back into the eyes and face and be as if they were just resprayed. I know because it happened to each of my students at the academy.

Although the spray is very effective with most, it may not have as much of an effect on individuals who are on drugs, drunk, or already hysterical. With these types of people, you may need to give them a couple of quick sprays to the face to get the right effect. The overall effect on the length of the spray will all depend on the strength of the pepper spray. Most pepper spray effects will last anywhere from thirty minutes to an hour. There are some people who it just does not work on.

Pepper spray is great to have around your home or to carry with you at all times. If a burglar breaks into your home while you are there, you obviously want something to protect yourself with. A can of pepper spray is very effective, and can easily stop someone from attacking you. All it takes is a direct spray to the eyes. One warning, be careful when deploying your spray. I have seen the wind blow it back into the sprayers face, and if you are not alone, I have seen people spray their fellow officer or partner by mistake. Also, if you are in a room, you AND your attacker might be affected by the spray.

All in all, pepper spray is an excellent self-defense tool. It can also be a deadly weapon if it isn’t used properly. Whenever you carry pepper spray, you should always follow the safety precautions and rules of the spray. If you use it for self-defense purposes and know how to use it properly – you can enjoy the confidence and security that it provides.