Many of you probably know that I served in the Navy as a Seabee, in the Air Force as a special agent in the Office of Special Investigations, and in the Army as a special agent in the Army Criminal Investigations Division. Additionally, I served as a Special Agent in the Defense Intelligence Agency’s Protective Services Division and as a federal agent. I am currently a reserve officer for the Maryland National Resources Police department and the Anne Arundel Police Department. During my service, I saw a need to drastically improve the training given to those tasked with bringing order to deadly chaos.

I examined the actual extensive experience of myself and other military and law enforcement personnel to formulate new training plans. I did not base my ideas on theory, tradition, or the results of unrealistic “tests” or sporting competitions. I do have black belts in Hapkido, several forms of karate, and have extensive experience in other Eastern and Western martial arts and sports (e.g. combat shooting, boxing, knife and stick fighting, etc.). 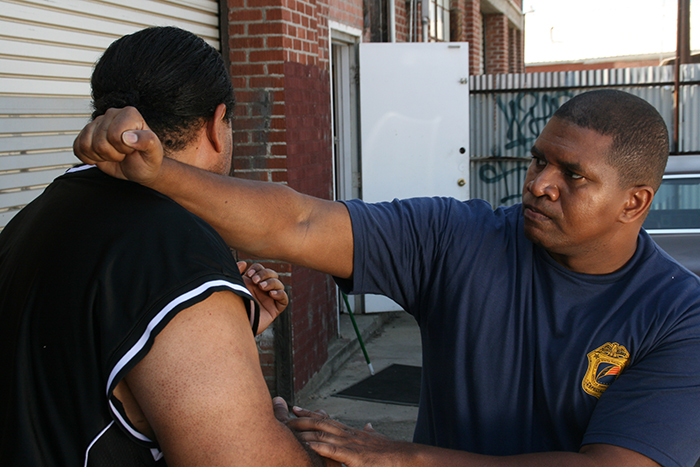 When it came to devising training that would allow my soldiers and special agents to survive at close quarters against some of the most brutal criminals, I did not let any pride in my sport martial arts prowess to cloud my judgment.

My primary teacher was real lethal violence, what really happens when men go at each other for keeps. Ambushes, gang attacks, and handheld weapons on urban streets, alleys, and rooftops are what I was thinking of when I devised the system, not duels or matches in safe competition environments.

Further, the special agent combatives training methods had to account for what ordinary people (not supermen), stone killers or top athletes-naturally do under the stress and fear of lethal assault. And the training had to work NOW. It had to increase the survivability of soldiers and law enforcement officers already on the job and to encounter potentially lethal situations on an almost daily basis.

It couldn’t be a year-long, full-time program designed to “peak” the trainee’s performance in time for a planned match. Also, the special agent combative system is a living system, meaning that as new effective techniques are developed or discovered, they are incorporated into the system, as I did with Brazilian Jiu-jitsu.

The Absolute Essentials for Close Combat

Over time, I have honed and refined my combat skills and my training programs based on the actual experience I have acquired in the field. When I was in the military and in law enforcement, I was called upon to use my expertise to aid in the war effort, for general military duties, and for law enforcement duties.

I optimized and further refined my skills to meet the needs of my counter intelligence and LE duties. Compliance holds, and arrest methods, necessary for my law enforcement work, but seldom needed in actual combat have been largely dropped from my current training systems. What has emerged is the most simple, quick and efficient close combat survival training programs I could come up with. I eventually called my system the Special Agent Combative System. 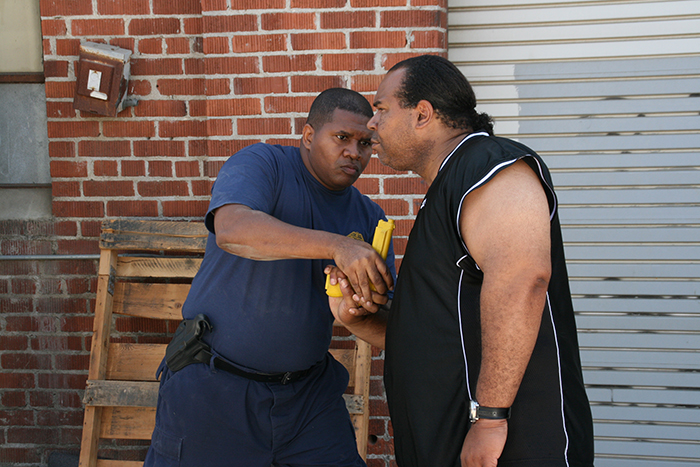 The Special Agent Combative System has proven spectacularly successful, as after-action reports from law enforcement personnel and civilians who have used it has proven its worth. Undercover operatives and protective service operators I have trained were able to turn the tables on their attackers using my concepts. These individuals have been able to take down attackers with lethal speed and precision.

My trainees have routinely bested their hardened foes in nose-to-nose combat. The training programs, methods, and principles I have developed helped to create confident, attack-minded military and law enforcement operatives whose survivability was drastically increased thanks to the mindset and easily retained methods they learned. The special agent combative skills are easy to learn, and practitioners have nearly entirely retained the combative skills I taught them years ago, thanks to the training methods used and the effective simplicity of the teachings.

When you or a loved one’s life is threatened by criminal violence, the situation is far more akin to total war than it is to a martial arts class or competition. Logically, then, to increase your survivability against criminal violence, you should train in the methods proven to be successful against the worst criminals and in total war, adapted slightly to accommodate the exact situation of a modern civilian.

Whereas a police officer or soldier must seek out and engage trouble, a civilian wants to avoid trouble and disengage from it as quickly as possible. Crime prevention awareness and avoidance strategies and methods must, therefore, be taught as a precursor to the combative aspect that will be called upon if all else fails. Also, the average civilian usually has the luxury of more time to dedicate to “polishing” his or her training than did the military personnel and special agent.

The best use of this additional training opportunity is to add dynamic balance, adaptive footwork, and close-in striking power principles to the simple close combat training (see my article on the Fluid Shock-Wave Principle). Usually associated with more advanced and esoteric “internal” martial arts such as tai chi, these additional principles do not add any complexity or additional technique to the optimally simple close combat paradigm that I teach. Instead, they have the potential to significantly increase your ability to execute the simple close combat movements. I teach effectively under chaotic conditions, regardless of size, strength or athletic prowess.

The fluid shock-wave principle can be added by not only modifying the original close combat techniques slightly to make them more adaptable to chaos but also by adding custom drills. To increase balance under stress during the chaos of extreme violence, a regimen of improving core stabilizing muscles is essential. In addition, a way of delivering strikes at close range with full power from chaotic foot positions without winding up or “chambering” can save your life when nose-to-nose with a vicious criminal.

The goal of the special agent combative system is to become as effective as possible in as short a period as possible (in keeping with close combat’s original intent). It can also serve as a springboard into additional training should you eventually decide to make effective training a lifetime endeavor.