When it comes to self-defense, I like to share with your methods that have proven effective for me in real combat. The high low and low high fighting strategy is an effective self-defense, MMA, and martial arts strategy for defeating your attacker. In this article I am going to explain this effective strategy, as well as the advantages and disadvantages of using it and how you can add it into your repertoire.

What Is the High-Low Low-High Fighting Strategy? 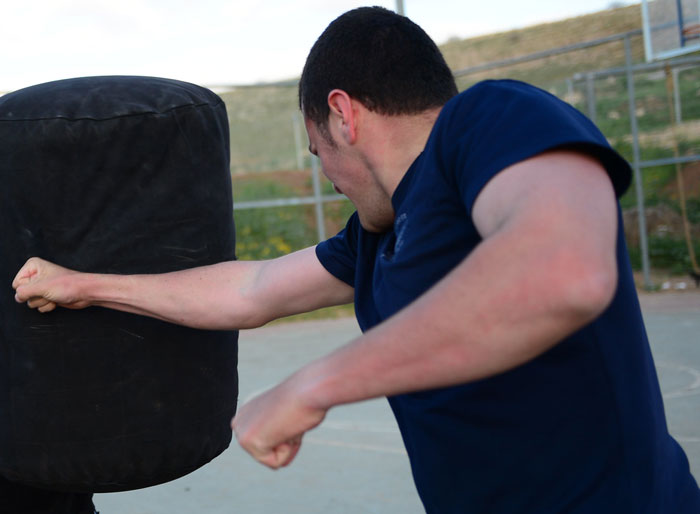 The High-Low/Low-High fighting strategy as it pertains to martial arts, street fighting, self-defense, and other martial arts is a method in which the fighter attempts to confuse his or her attacker with an attacking combination. The key is that the areas you target on your attacker vary with every single technique from a high target to a low target or from a low target to a high target.

As an example, if I need to defend myself against an attacker, I may first jab my attacker in the eye, and then kick him in the shin. Alternatively, because he will probably protect his face, I would kick him to the shin and then strike him to the head with an elbow.

Let’s begin by examining the advantages of this strategy. MMA fighters and martial arts sports practitioners,including boxers know the advantages to this classical fighting strategy. Here are some of the benefits you gain by using it.

First, it can be adapted to empty hand and weapon fighting. This fighting strategy works with kicking and punching, or even head butts. Moreover, if you decide to pick up a weapon, you can still use this concept.

This tactic will definitely surprise your attacker. Especially if you’re in a self-defense situation and your attacker has never seen your fighting style. Technically you could end the attack very quickly with two blows, such as a kick to the knee followed by a head butt.

The best thing about most of the tactics I teach is that they don’t need much practice. This fighting strategy does not require advanced training. Once you understand the strategy behind this and you have knowledge of a few attacking techniques, this strategy can be added to your repertoire quite easily.

To add to the above, your fighting techniques don’t have to be flashy or complicated. It’s the combination of the attacking techniques that are designed to confuse your opponent or attacker into moving his/her arms out of a defensive position allowing you to execute your strikes. Let me tell you, no matter how much training you have, it is pretty challenging to keep someone from kicking you to the shin, which opens one up to a head butt, eye jab, elbow strike, knee to the face or one of many other possible combinations.

The pattern can be programmed into your brain so much that it can become a hindrance. I have been guilty of ingraining this into some of my own student’s way of thinking. For one in particular, we were sparring when I realized the high-low and low-high strategy was in almost every one of his attacking combinations. So, I advise you to use caution with this tactic. It should be one of many in your repertoire.

Here is the problem with this disadvantage. The pattern can be recognized by your opponent. This probably won’t be an issue in a self-defense situation because once you execute the fight should be over. However, if the fight goes too long, your attacker may have time to realize what you are doing and counter your attack.

Some Examples of The High-Low Low-High Fighting Strategy

In this section, I am going to give you some combinations you can practice together. However, the possibilities are unlimited.

Again, these are general attacking combinations. Practice them and add them to your fighting bag of tricks. Then come up with some combinations of your own.