As some of you know, I spent many years as a Counterintelligence Agent for the Air Force Office of Special Investigations and Army Military Intelligence. I have trained and worked with some of the best military and government agents in the world. During that time,I have conducted surveillance, counter-surveillance, intelligence collections, and protective services. During these operations, I had to be able to blend in or detect people trying to blend in.

During my years of activity, I witnessed common mistakes made that can give you away to someone who may be targeting you, so I have some tips that might help you if you find yourself in a situation where you have to blend in.

1. Maintain an Attentive and Purposeful Demeanor

Your demeanor can be key if you need to get into places where you should not be. During my 18 years as an agent, most of the time I did not have to show my special agent credentials because my demeanor demonstrated my authority. I learned to “walk with a purpose.” That’s actually the biggest key to looking like you’re supposed to be somewhere and not standing out. 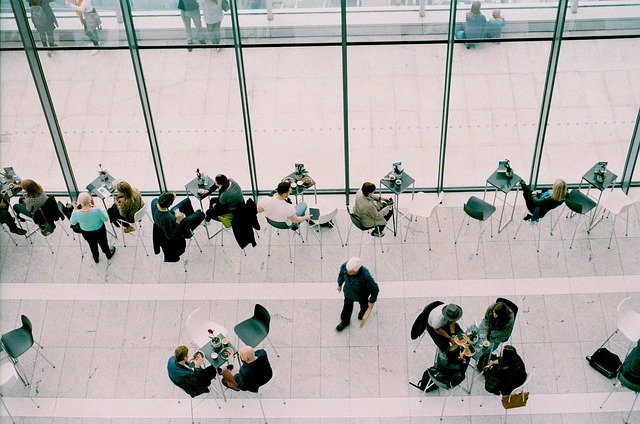 So, my first recommendation is if you’re walking through an area and don’t want to be noticed, act like you’re supposed to be there. If you need to hang out for a while, you still need to try to blend in, so do what everyone else is doing. If people are mostly sitting in an area, you should be sitting. If they’re all studying, you should find something to read. You don’t want to stand out from everyone else.

Here are a few tricks you can use:

If you’re walking alone and want to stop in an area to get a good look, find the least-threatening person, sit down and start a conversation as you carefully and naturally scan the surroundings. You can also sit down and watch a game of chess or some other activity.

One of the biggest problems I’ve seen is people getting tunnel vision with what they’re doing. I’ve seen them standing in the middle of a sidewalk, so transfixed on making sure they don’t lose their target that they don’t realize that they’re the only one not moving, and everyone is staring at them wondering what the problem is.

If you take the time to learn and pay attention to what you’re doing, and what everyone else is doing, you can get the upper-hand on even experienced people.

What you wear is another one that gives a lot of people away. Many people think that trying not to be noticed means wearing some kind of costume. Don’t do that. Whether you’re trying to watch someone and not be noticed or trying not to be picked out of a crowd, the point is not to be noticed and remembered. You want to dress like others there. If everyone’s dressed in shorts and t-shirts, you don’t want to be in a long-sleeved dress shirt and khakis. If you’re in the professional part of town, you don’t want to be dressed in a sweat suit. You need to aim for clothes that will allow you to be inconspicuous.

3. Don’t Let Your Guard Down at Home or Work

One of my duties as a counterintelligence agent was to brief travelers on threats that existed in the areas they were traveling to and how to survive those areas. One of the things I noticed was that once people got to their home, hotel, or job, they let their guard down. I understand that staying vigilant 100% of the time is impossible, but there are certain things you can do to stay safe at home or work.

Just as with your demeanor and your dress, a key point is not to stand out. If your neighbors park their car in the garage, so should you. If they have a clean yard, yours should also be clean.

Also, if you’re living or traveling in a foreign country, try not to have any clothing or items that could give you away as not being from there, like a US flag or Chicago Bears T-shirt. It would be smart to pick a local team and wear its garb instead. 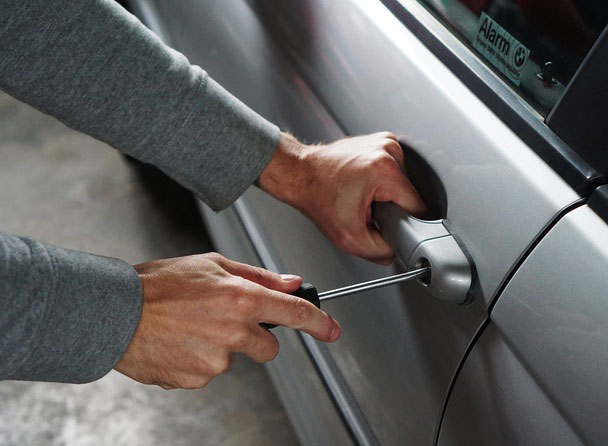 Don’t keep your garage door opener in your car if you park it outside – or any identifiable information about who you are and where you work. Someone can break in and grab those things to get information.

If you somehow find yourself in a disaster scenario or during one of many blackouts you’ll face in a third-world country, be careful not to use a loud generator. A quieter one would be a much safer choice. If someone hears it going on at night, they’ll know your home is prepared for emergencies and will assume you have food and money they can take from you. Also, they might just steal your generator.

If you use electricity at night in an area that doesn’t have it for some reason, you should black out your windows, so the light doesn’t go out, and hang a blanket in the doorway so they can’t see the light when you open the door.

Also, be careful about what you throw in the trash. If someone’s going to target you, one of the things they’ll definitely do is “dumpster-dive” into your trash and see what they find.

5. If You Look Vulnerable, You Look Like a Target

You have to consider that sometimes, you just won’t be able to blend in completely, but you can still try not to stand out. In Turkey, I was one of the few black guys there. Especially one who speaks Turkish. Certain things you do or wear can make you more inviting to an enemy that might have otherwise just passed you by.

The same goes for headphones. When people are wearing headphones, they’re usually zoned out. People catch onto that and will assume that you’re not paying attention and are an easy target.

Another big thing that will make you stand out as a target is TEXTING. Just as with headphones, people who are staring into their cell phones, texting away about their day are not paying attention to the world around them, especially if they’re walking. Unless you absolutely have to, lay off the texting if you’re trying to blend in and keep yourself safe.

These five tips should make it easier for you to blend into your surroundings while also keeping you safe.