How To Use A Cane For Self Defense by Derek Smith 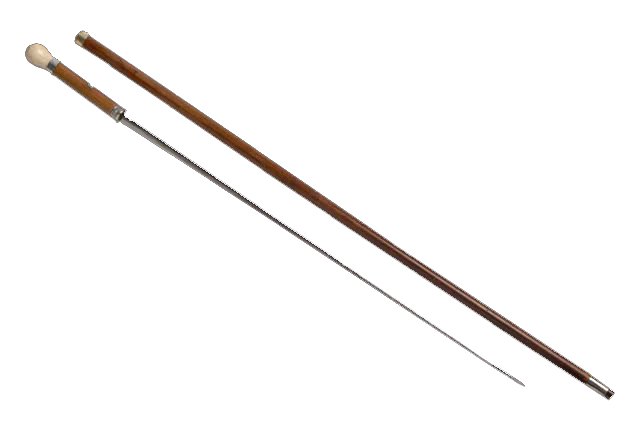 Back in the early 1900s aristocratic Londoners trained in the gentlemanly use of the cane against street thugs. There are also self-defense canes like the popular sword canes that come in many different designs and have been carried and collected by people for years. I am sure you have seen one of these before. It would be very handy to possess a weapon cane for protection in case you are unexpectantly attacked. Having a weapon inconspicuously concealed in your walking cane could be a smart move, offering you peace of mind, especially when some street thug tries to mug you.

I won’t tell you which to buy as there are many unique styles and options to choose from, but I want to talk about using a cane for defense. For generations, the cane has been made in various forms. But while a pretty carved cane may look stylish, if you are serious about using it for self-defense the traditional hook or curved handle is the way to go in contrast to the ball-end knob or the right-angle style grip of cane, both of which I own. The hook-style handle can be used for many self-defense moves.

Let’s get to the self-defense aspects of the cane.

First, you have to get over the stigma people have about those using a cane. Many people don’t like the walking cane for self-defense because it does not go along with their age and attire or they simply don’t want to be associated with someone who may be disabled. I have a pretty snazzy cane that I carry sometimes. I have bad knees, and sometimes they hurt so bad I have to break out my cane. The thing is, even if I am not limping, people hold doors for me, let me go first through doors, etc. If that bothers you, then you will have to get over that.

This can be used to your advantage because your appearing to be weak might be the edge you need in a physical confrontation. I call that a “Combat Ruse.” Younger, stronger attackers might make the incredible mistake of thinking you are easy prey, to find out all too late that you’re not.

Another good thing about the cane is that it gives you more reach than the telescoping baton or escrima sticks I talked about in my other article. One significant advantage is that the cane is already “drawn.” You can strike with it immediately, and then draw your hidden weapon if you need to.

There is an old saying when it comes to gun fights, “The fastest draw is to have the gun in your hand when the trouble starts.” This applies to a knife, stick, or cane. The advantage is that it is a cane, not a not a gun or a knife, and therefore you can take it anywhere unless it hides a sword or knife. That might get you in trouble going through a metal detector or trying to carry it on a plane.

Here are the TSA rules on carrying a cane: “Walkers, crutches, canes or other mobility aids and devices must undergo X-ray screening. A TSA officer will inspect the item if it cannot fit through the X-ray. Notify the TSA officer if you need to be immediately reunited with the device after it is screened by X-ray.”

So, they will likely discover a hidden weapon in your cane. However, being able to take it anywhere is great news because what happens when you’re faced with a threat and your trusty pistol or blade is unavailable or prohibited? Your cane is right by your side.

Using a Cane for Self Defense

Let’s get into how you can use the cane for self-defense. With very little training and practice, you can become pretty good at defending yourself with your cane, and it can come in very handy against multiple assailants. With a little more training, you can learn some higher-level skills from sweeps, takedowns, joint locks, and even throws.

Starting with the basics, you can learn the same basic angles of attack and the methods I teach in escrima. They are twelve different angles of attack, but just the basic five will serve you well. You can also learn the types of strikes used in Japanese Cane techniques, also known as Hanbojutsu.

How to Effectively Use The Cane:

When striking with the cane, be careful not to telegraph your moves. One way people do that is by suddenly assuming the “batter’s up” baseball stance. If I saw you do this, I would wait for you to take that first awkward swing and then I would be all over you. Instead, hold the cane diagonally across your chest with two hands to use to block strikes.

Following this, you can drop back into a back stance and use the cane for a counter strike, and if trained to do so, a takedown. With a cane as your tool, delivering one hard arm or leg block may take the fight out of an attacker or cause him to lose his weapon. Here are nine angles of attacks you can use as well as how to strike your attacker. 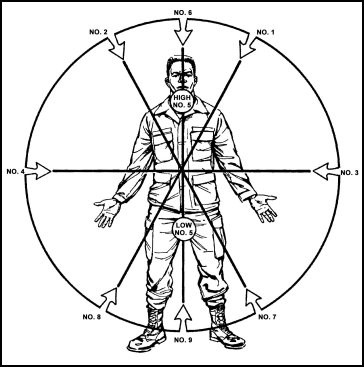 Some other very simple, but effective, techniques you can use include the following.

IF you are standing toe to toe with an attacker, you simply lift the cane tip and deliver a foot-crushing smash to his or her instep.

If you happen to be seated when attacked, you can deliver a straight-up, hinge-like strike to the groin or strike the stomach or chin.

If your attacker throws a kick, punch, or grab, you can deliver a sharp, forceful block with your cane shaft to inflict pain, set up a countermove or takedown. Once you do that, finish the fight with multiple strikes to vital areas until the attacker is down and out.

If attacked with a stick or knife, the cane can be used to deflect the strike.

It is VERY IMPORTANT that you don’t have your weapon taken from you and used against you. So, I need to give you a weapon retention tip. If you attacker grabs your cane tip, break it free from them by rotating against the thumb, snap down, and twist the tip away the same way, you would break free from a grab. Practice this with someone and don’t assume it’ll be as easy as it sounds. The last thing you want is your means of defense taken away from you.

Well, my answer is yes, because as mentioned before, you may find yourself in an environment where you cannot carry your weapon. Although authorized to carry my firearm, I cannot take it to my federal job or into my kid’s school. What if I end up in an active shooter situation in one of those places and all I have is my cane. With training and practice you can learn to use your cane to establish distance, deflect, circle, or even take down an attacker, and then draw your concealed weapon immediately after. The cane may provide you a fraction of a second or a little distance to keep you from getting tied up in a close-range encounter, enabling you to shift position, draw, and connect with a shot.

When it comes down to it, a cane can be a great “all the time weapon.” THE IDEA IS TO HAVE IT WITH YOU WHEN YOU CAN’T HAVE A WEAPON OR EVEN IF YOU CAN.